The Martin Luther of theatre.

Konstantin Stanislavski has set down a timeless moral challenge to the Art of the Actor, but his long-term effect has nevertheless been destructive to the Art of the Theatre. This is primarily because he provided the basis for telling only a limited type of story, that type of story in which human action can be explained logically and verbally as a product of cause and effect. If only it were so easy! He also provided a common code of communication between director and actor that allows the director to easily manipulate the actor. And by focussing in on being truthful and authentic (not quite the same as being sincere) it more and more excludes the audience’s participation in the creation of the illusion. The actor, who, besides the audience, is the only essential component of theatre, eventually also becomes sidelined. Ironically, he becomes less and less responsible for the telling of the story, that is to say, for its interpretation and transformation.

Himself the son of a factory owner, Stanislavski's system of command and control is of great use to directors working to meet the exigencies of the more industrialised forms of theatre. 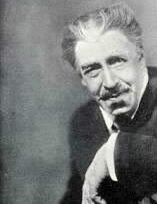