Philippe and I were classmates for both years at Lecoq. We started in October 1968. A rather famous year for Paris. After the summer pause a few hard-core students from the Universities had returned to the streets and were back out there on Boulevard Saint-Michel tossing stones and trying to re-engineer what had essentially been an anarchic, spontaneous Happening in the previous month of May. But like most improvisations, it was hard to repeat the second time!

Philippe and I spent two years sweating it out together in a studio space Lecoq had rented from a community house for Bretons. Much to his credit, Philippe never looked like a mime, or even an actor, and one could be excused for wondering what the hell he was doing there. He had an administrative job in a city theatre, and used to slouch in every morning with a battered briefcase, crumpled track suit and a frozen scowl. We were paired together for our first autocours, and I was terrified of him. It was a doppelganger exercise, where you each progressively realise that the other chap is not only dressed just like you, but is obviously waiting for the same date - until she arrives, (imagined and hopefully synchronised by the two actors), on the arm of a third man. Even if we had had all the imaginative and transformative powers of a two hundred year old shaman there was no way we could resemble each other!

Philippe had a hard time at the school at first, as he puts it, "gnawing at his bit," but what he lacked in physicality he made up for with a sharp verbal intelligence. It wasn't until his second year that it really began to happen for him. He created an extraordinarily effective "Papa Clown" and Lecoq placed him at the centre of a clown family. M. Le Patron. Bossy, demanding and very funny. But what was also interesting was that, with his success and growing confidence, his body opened and his chest expanded. He certainly didn't look like a mime, but you could believe he was an actor. 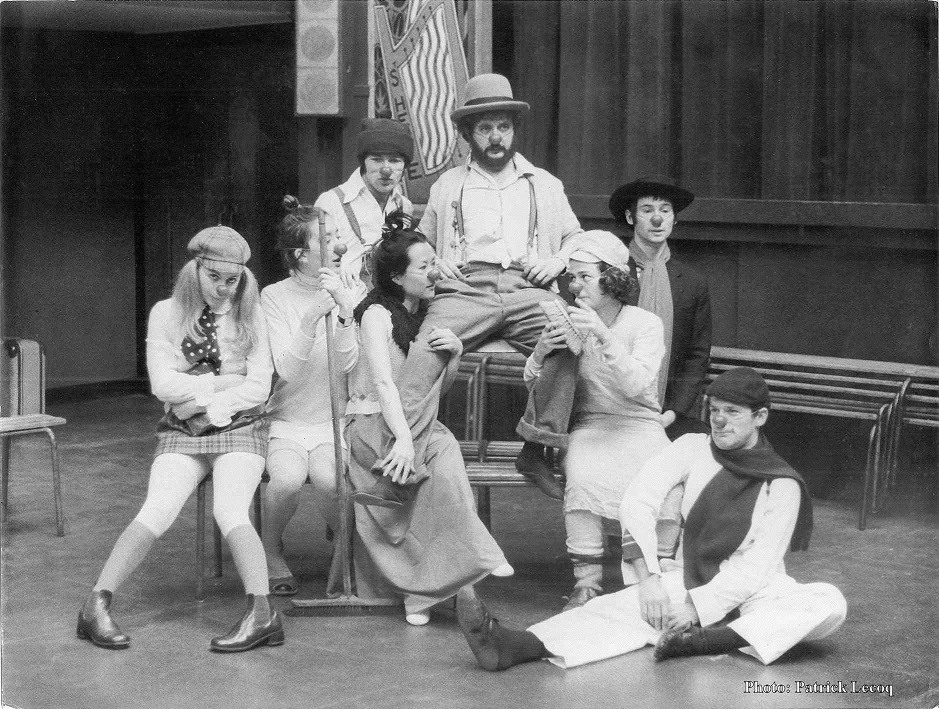 After he had graduated Philippe joined up with our acrobatics teacher, the great mime and clown, Pierre Byland to create "Les Assiettes," one of the iconic clown performances of the seventies, smashing two hundred plates on stage every night.

He went on to teach improvisation at Lecoq's school, where he was an important contributor to the study of the Bouffon. After some years he left to start his own school, moving it from Paris to London and back again. In his teaching he was fierce, often presenting himself as the problem the student had to solve, even being described by a former student as an anti-pedagogue, blowing cigar smoke into a student's face. He has done much to amplify Lecoq's themes of "le jeu" and "complicité," and has had a particularly strong influence on British theatre.


“Never should an actor playing a melancholy character be melancholy. On the contrary. While always showing his pleasure, he will at every moment indicate that none of this is for real and we will believe him precisely because none of this is for real. In the theatre we don't believe what is true. We believe - in honour of our childhood no doubt - what is false, totally false”